When Ludwig Bening founded his engineering company on 15 May 1949 in Barnstorf, he could not have guessed that over 70 years later the name LUBING (derived from the first and last name of the mechanical engineer), would have a worldwide reputation and be synonymous for highly specialized drinking, conveyor and climate systems.

LUBING is regarded as a market leader and is always striving to meet the high expectations with its qualified staff, high quality and trend-setting innovations.

To date it consists of 9 subsidiaries and 34 representative agencies abroad covering 87 countries.

We are a company committed to the pursuit of excellence in what we believe. What do we believe in?

We believe that concentrating our research and development on specific products gives us the advantage of offering the best product on the market.

We believe that our customers are the lifeblood for our company. We are committed to achieving customer satisfaction and, ultimately, its success.

We are a company with a global knowledge of the market and with 70 years of experience in developing cutting-edge products that really work.

We are without doubt, one of the most technologically advanced and strong companies in the aviculture sector. We are LUBING. Here’s who we are!

We develop, produce and distribute watering systems, egg transport systems and high pressure atomization systems. We are able to provide adequate solutions with the most innovative products on the market.

When Ludwig Bening founded his mechanical company in Barnstorf way back on May 15th 1949, he never expected that after 70 years the name LUBING (derived from the union of his name and surname) was known among the breeders of the whole world as a synonym for high quality watering systems, egg transport systems and atomization systems. Today LUBING is considered as a leading company in the sector!

The company has always endeavored to never disappoint expectations both through its qualified staff and through the high quality of its products resulting from continuous technical development to the point of making trends. 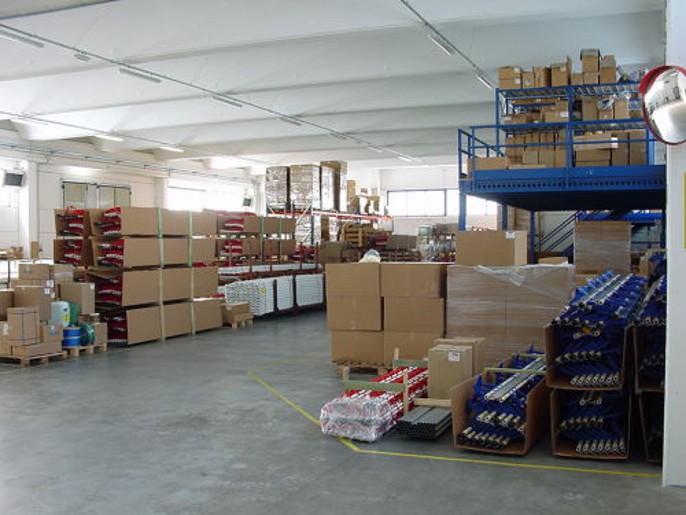 Over 70 years of development

In 1967 LUBING produced its first drip drinker for laying hens and then for pigs. In the following period they tried to develop and automate this production. The Combi drinker with its plastic body was invented and patented.

In 1971, the first foreign agency in France was authorized. On the first of September of the same year, LUBING International was founded with French and German participation.

Later in 1976 two other branches were established in England and Spain. In the same year, the range of LUBING products was expanded with the development of the chain egg transport system.

The first of October 1977, always in Barnstorf, BARKU Kunststofftechnik Gmbh & Co. KG was founded. From that date on, all the tubes, profiles and plastic components of the LUBING group were developed and produced on their own.

The 1980s showed continued growth in exports to the USA, Australia and Arab countries. In 1986 the development of the ground watering system with all its components and accessories was undertaken.

In 1996, the Top Climate System, that is the high-pressure misting system, was developed within the company as a third area of ​​production. Two years later in 1998 in Leon, LUBING Mexico was founded.

In 1999 the entire production area was expanded by another 2,500 square meters, both the new administrative offices and the Research Center were built, where inside there is a large showroom in which guests are updated on the production and technical characteristics of the products.

We use cookies on our website to give you the most relevant experience by remembering your preferences and repeat visits. By clicking on "Accept All", you consent to the use of ALL cookies. However, you can visit "Cookie Settings" to provide a controlled consent.
Cookie SettingAccept
Manage consent

This website uses cookies to improve your experience as you browse through the website. Of these, cookies classified as necessary are stored on your browser as they are essential for the operation of the basic functionalities of the website. We also use third-party cookies that help us analyze and understand how you use this website. These cookies will only be stored in your browser with your consent. You also have the option to disable these cookies. But disabling some of these cookies can affect your browsing experience.
SAVE & ACCEPT
Powered by