LUBING stood out as the biggest winner at Innov’Space 2010, the international livestock fair in Rennes, winning not one but two prizes.

Among over 100 competitors, LUBING received one of the coveted three-star Innov’Space trophies, of only four awarded.

The trophy was donated by the organizers for the development of the innovative TwinClean line. It was presented as a study at EuroTier 2008. An initial prototype was then presented at the agents meeting in September 2009. With the version presented now, which will be available from 2012, LUBING managed to convince the jury in all aspects. 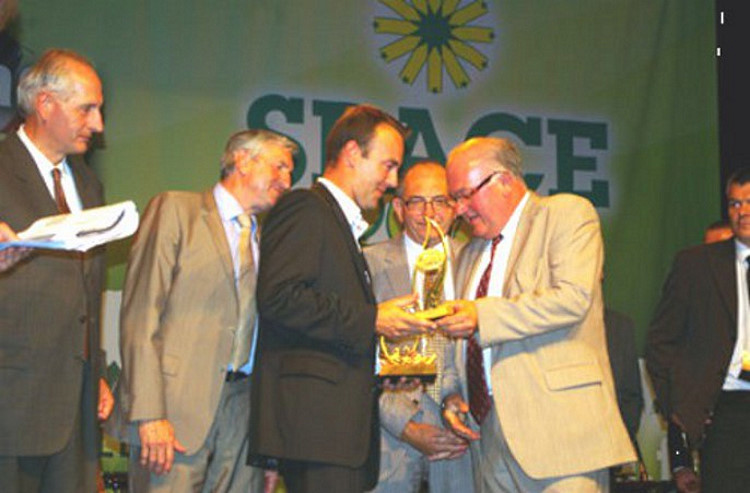 LUBING earned another star for the recently developed cleaning unit. No other company has received two awards this year. This latest project was presented for the first time, as a prototype, at VIV Europe 2010. The results recently achieved by the project are highly satisfactory, bringing the expectation of the availability of series production to the near future.

At the handover ceremony, Frédéric Senechal, the General Manager of LUBING France, received the award on behalf of the company. 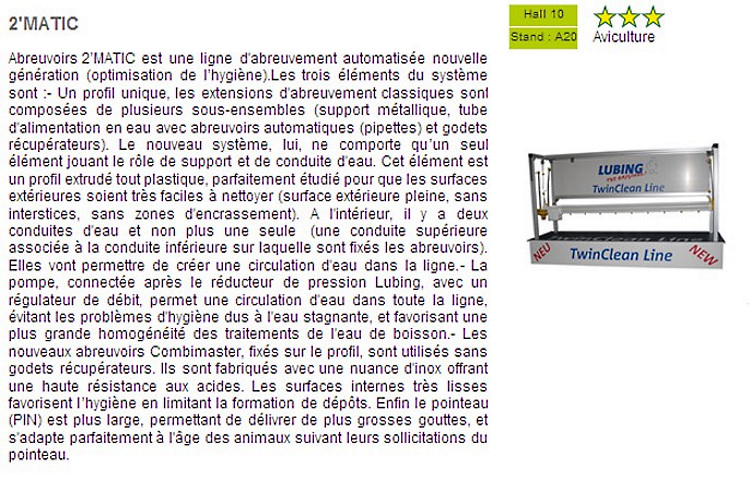 We use cookies on our website to give you the most relevant experience by remembering your preferences and repeat visits. By clicking on "Accept All", you consent to the use of ALL cookies. However, you can visit "Cookie Settings" to provide a controlled consent.
Cookie SettingAccept
Manage consent

This website uses cookies to improve your experience as you browse through the website. Of these, cookies classified as necessary are stored on your browser as they are essential for the operation of the basic functionalities of the website. We also use third-party cookies that help us analyze and understand how you use this website. These cookies will only be stored in your browser with your consent. You also have the option to disable these cookies. But disabling some of these cookies can affect your browsing experience.
SAVE & ACCEPT
Powered by